Words that Work: The 5 Best Books on Writing Well

Remove the fanfare and most writing advice boils down to read more, write more, and get better feedback.

Let’s talk about that first one. If writing is output, reading is often the most important input. You’ll understand what makes Hemingway’s writing exceptional (or overrated) by reading his books, not from taking his advice. Study your idols; that is a more rewarding and reliable strategy.

The best books on writing

A book I recommend for its memorable examples. My favorite comes from Warren Buffet, who has a deep rooted respect for clear communication within companies. His own shareholder letters are so well written that they are often considered the gold standard for the medium.

Former SEC Chairman Arthur Levitt was so fond of Buffet’s prose that he asked him to write an introduction for the SEC’s official Plain English Handbook, which seeks to eliminate the jargon from disclosure documents.

Levitt tells a story of how he once asked Buffett to translate a passage from a mutual fund prospectus into English spoken by real people. The original text was as follows:

Maturity and duration management decisions are made in the context of an intermediate maturity orientation. The maturity structure of the portfolio is adjusted in anticipation of cyclical interest rate changes. Such adjustments are not made in an effort to capture short term, day-to-day movements in the market, but instead are implemented in anticipation of the longer term secular shifts in the levels of interest rates. (i.e. shifts transcending and/or inherent in the business cycle.

We will try to profit by correctly predicting future interest rates. When we have no strong opinion, we will generally hold intermediate term bonds.

Shorter, clearer, and can be more readily understood by a larger audience. A perfect example of revising prose. 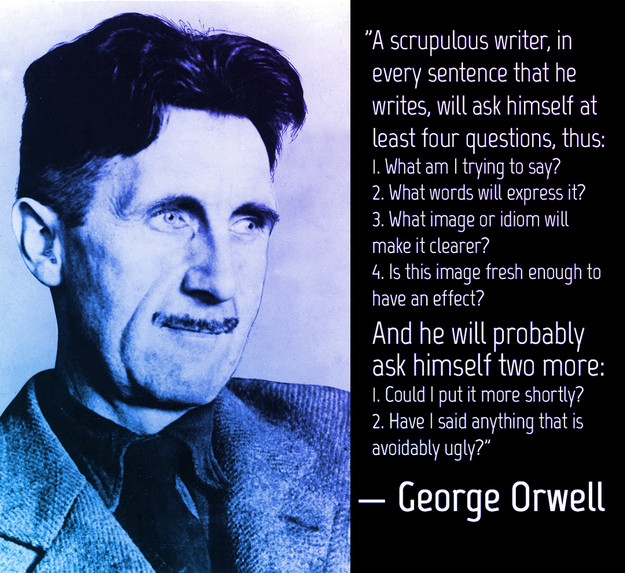 The book you’ve all seen in passing, but haven’t read.

Why? Because it is the source of this famous excerpt on writing:

This sentence has five words. Here are five more words. Five-word sentences are fine. But several together become monotonous. Listen to what is happening. The writing is getting boring. The sound of it drones. It’s like a stuck record. The ear demands some variety.

Now listen. I vary the sentence length, and I create music. Music. The writing sings. It has a pleasant rhythm, a lilt, a harmony. I use short sentences. And I use sentences of medium length. And sometimes when I am certain the reader is rested, I will engage him with a sentence of considerable length, a sentence that burns with energy and builds with all the impetus of a crescendo, the roll of the drums, the crash of the cymbals—sounds that say listen to this, it is important.

So write with a combination of short, medium, and long sentences. Create a sound that pleases the reader’s ear. Don’t just write words. Write music.

Good writing moves you effortlessly through the words. Reading suddenly becomes as quick as thought.

Part of mastering flow, this “music” in writing, is understanding the interplay between short and long sentences. Short sentences must be accompanied by expanded thinking, otherwise they slow things down to a snail’s pace.

When used well a short sentence can bring clarity, heighten suspense, or place a magnifying glass on a point of interest. With the added power of spacing it can feel like it rests all alone; that it’s too critical to be with anything else.

Although this example is a quote, I’ve always been fond of “Today You, Tomorrow Me,” a story from Reddit that uses a short, memorable line to perfectly capture the intended message. The abridged summary is that a man was stranded on the side of the road and then graciously helped by a caring Mexican family. When he tried to give them money, this was the response:

He sees the $20 in my hand and [is] just shaking his head no, like he won’t take it. All I can think to say is “Por Favor, Por Favor, Por Favor” with my hands out. He just smiles, shakes his head and with what looked like great concentration, tried his hardest to speak to me in English:

“Today you… tomorrow me.”

Rolled up his window, drove away, his daughter waving to me in the rear view. I sat in my car eating the best f*cking tamale of all time and I just cried. It has been a rough year and nothing has broke my way. This was so out of left field I just couldn’t deal.

In the 5 months since I have changed a couple of tires, given a few rides to gas stations and, once, went 50 miles out of my way to get a girl to an airport. I won’t accept money. Every time I tell them the same thing when we are through:

“Today you… tomorrow me.”

That line is moving and stays with you. Damn good communication, in short. You’ll learn quite a few things about how to accomplish this in your own writing by reading this book. 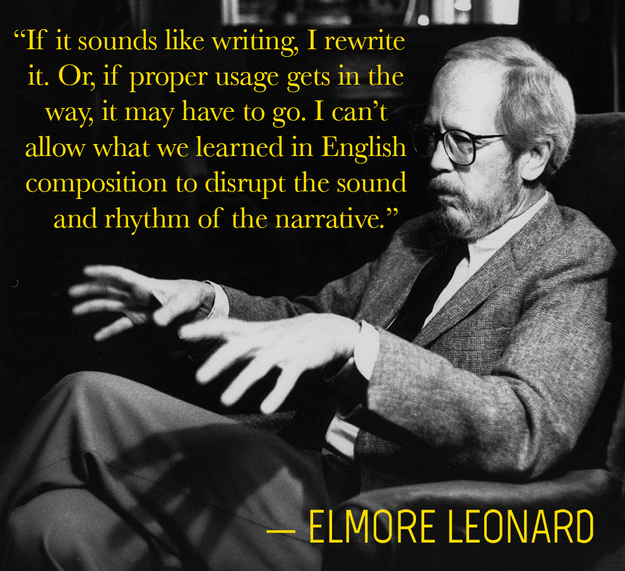 I’ve met Anne Lamott as part of my work, and she’s as spirited and creative as you’d imagine.

As one reviewer put it, highlighting the best parts of this book is a fruitless endeavor as you’d be better off dipping the whole thing in yellow highlighter. No matter what style or medium, it is a book that every writer should read.

There are concerns that loom over every “new” writer that always seem foolish as time passes. Seeing a great writer’s finished work is only seeing their highlight reel—their process is an enigma, and can create a sense that such talent came to them naturally, like dictation from God. Any final essay only reveals the smallest percentage of total effort: only those ideas which made the cut.

Anne Lamott’s passage that owns up to the struggle of every first draft perfectly captures the importance of knowing that good writers become great through revision:

And often the right words do come, and you—well—“write” for a while; you put a lot of thoughts down on paper. But the bad news is that if you’re at all like me, you’ll probably read over what you’ve written and spend the rest of the day obsessing, and praying that you do not die before you can completely rewrite or destroy what you have written, lest the eagerly waiting world learn how bad your first drafts are.

Ditch the belief that your first drafts should be good. Brainstorm horizontally, edit vertically.

Remember that blades and words becomes sharp by filing them down. Like carving a sculpture from marble, you need excess material to revise your way to “no words have been wasted.” 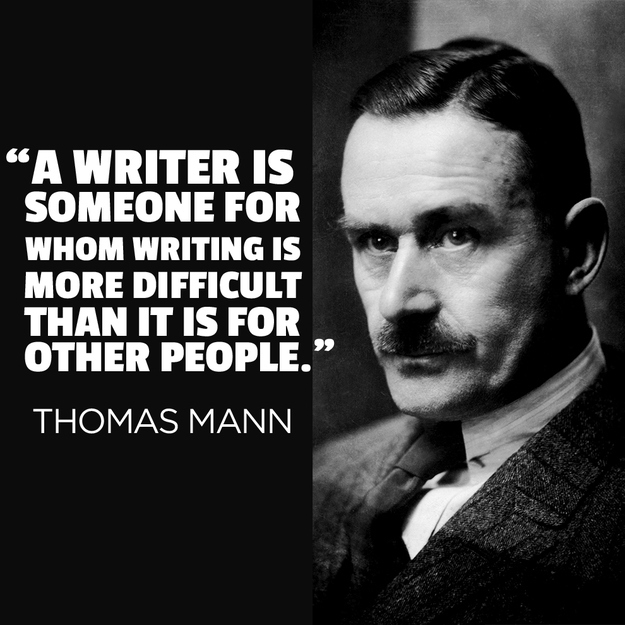 From fundamental truisms on the nature of the craft to down-to-earth advice on forming a consistent writing habit, this book is a classic—you all knew it would be here.

With no need to introduce it, I’m better off sharing some of my favorite passages. First, on approaching the blank page:

You can approach the act of writing with nervousness, excitement, hopefulness, or even despair–the sense that you can never completely put on the page what’s in your mind and heart. You can come to the act with your fists clenched and your eyes narrowed, ready to kick ass and take down names. You can come to it because you want a girl to marry you or because you want to change the world.

Come to it any way but lightly. Let me say it again: you must not come lightly to the blank page.

On the nature of recognizing mediocrity, so that you might avoid it yourself:

We need to experience the mediocre and the outright rotten; such experience helps us to recognize those things when they begin to creep into our own work, and to steer clear of them.

What is the job of the writer? The next time you hear someone struggle to capture a moment, a feeling, an idea, you’ll know:

We’ve all heard someone say, “Man, it was so great (or so horrible/strange/funny) … I just can’t describe it!” If you want to be a successful writer, you must be able to describe it, and in a way that will cause your reader to prickle with recognition.

Such a book wouldn’t be complete without mention of the struggle. King’s take? Ask yourself how far you would go for focus:

If you’re just starting out as a writer, you could do worse than strip your television’s electric plug wire, wrap a spike around it, and then stick it back into the wall. See what blows, and how far. 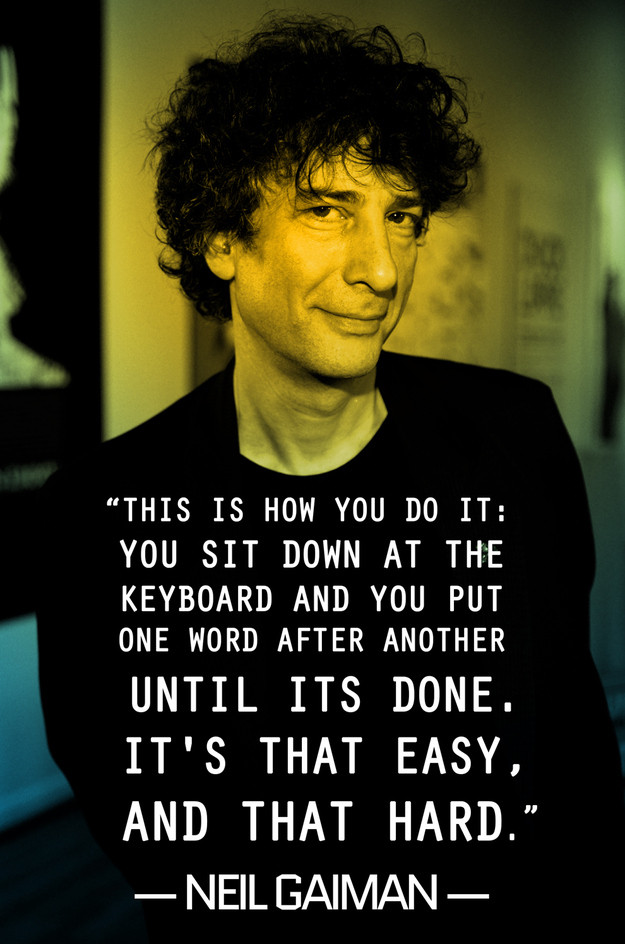 5. The Sense of Style

As a Harvard psychologist with notable work in the world of linguistics, I was excited for this book. While wonderfully written, it suffers from being overly-descriptive and too long—a flaw the book suggests to avoid! Otherwise it is delightful.

Within you’ll find some memorable passages on the common warning signs of prose gone bad, particularly relevant to smart people who are trying to transfer their knowledge:

The literary scholars Mark Turner and Francis-Noël Thomas have identified the stance that our best essayists and writers implicitly adopt, and that is a combination of vision and conversation. When you write you should pretend that you, the writer, see something in the world that’s interesting, that you are directing the attention of your reader to that thing in the world, and that you are doing so by means of conversation.

That may sound obvious. But it’s amazing how many of the bad habits of academese and legalese and so on come from flouting that model. Bad writers don’t point to something in the world but are self-conscious about not seeming naïve about the pitfalls of their own enterprise. Their goal is not to show something to the reader but to prove that they are not a bad lawyer or a bad scientist or a bad academic.

And so bad writing is cluttered with apologies and hedges and “somewhats” and reviews of the past activity of people in the same line of work as the writer, as opposed to concentrating on something in the world that the writer is trying to get someone else to see with their own eyes.

When bloated writing is used to mask weak ideas, everyone loses.

The best books on writing? Your favorites.

As mentioned, I still wholeheartedly believe in literary osmosis. Surround yourself with great work and it will inevitably rub off on you.

Visiting and revisiting the masters of the craft is the only way to accomplish this—books on writing can only go so far.

Levels of the Game is one such example for me. John McPhee may be one of the greatest living essayists. His work is complex, stylistically masterful, and will leave most writers with an existential crisis (“That’s it, I give up!”).

More seriously, studying the work of McPhee and other role models has changed my perspective, and it has certainly changed my writing—one can only hope for the better.

Find the authors that speak to you and let them serve as your companion on the quest to make every word matter. 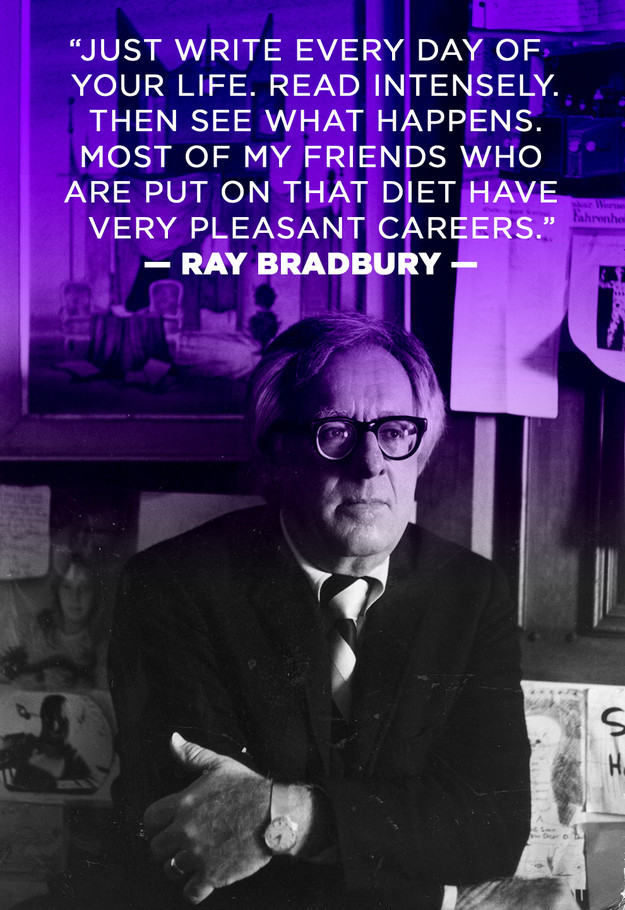