Great communication is an art. Perfecting it is a science. The best companies approach with care and caution. 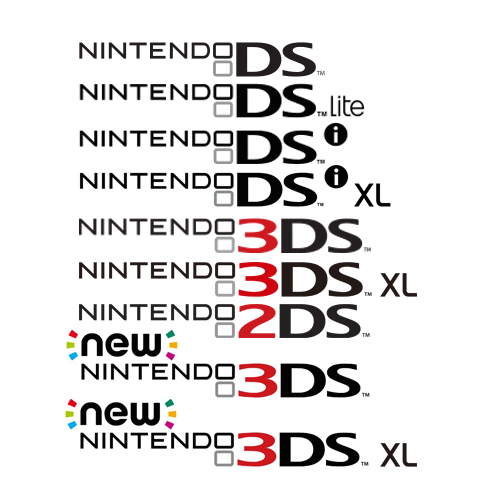 Yet Nintendo appear content with subjecting buyers to a string of names so convoluted that even the true fans are having a hard time keeping track. Can you imagine what it’s like for a non-gaming parent to shop for one of these things?

Let’s not forget eBay listings. Start with a ho-hum “Used New 3DS” and crescendo to the clearly articulated “Like New New 3DS XL.”

At first it seems easy to place blame solely on this naming mishap. Nintendo’s handhelds have always had a consistency that wasn’t overly confusing:

Not ideal, but even a non-gamer can remember the keyword (“Ok, get the Micro”) and still be okay.

But Nintendo has other key messaging problems, which can be seen in a big way through the launch of their latest home console, the Wii U.

Examining the console landscape (PC 4 lyfe), we see other companies getting a bit weird with their branding. Xbox –> Xbox 360 –> Xbox One may have been the first to come to mind.

The difference is that the nomenclature is recognizable. In fact, the naming for the Xbox and the PlayStation is quite consistent: brand name + console name.

Sony has kept it straightforward. Microsoft took an oblique approach.

So what’s wrong with Nintendo? We’ve already recognized their dangerous use of the word “New” in the name of the 3DS.

But this doesn’t explain the Wii U. The problems there are separate, and start with Nintendo’s objective to do something they have never done before: remove the Nintendo name.

From the very outset it was obvious that Nintendo had plans to turn the Wii into its own brand. The problem was—and is—that little consideration has been given to the history of Nintendo product names and how they are remembered by consumers.

There is a clear and obvious trend—all of them rely on the Nintendo brand name.

Sony and Microsoft have a large suite of products in electronics and software. Not everyone would exclusively associate them with “games” alone. But not Nintendo. To my dad, everything was “The Nintendo.” Nintendo was and is video games, in many people’s minds.

Considering this, it is easy to see where the Wii took a completely different approach. The initial strong ties to Nintendo slowly changed over time. From the “Nintendo Wii” to just “the Wii.”

But who cares, right? The Wii was selling like hotcakes. Record numbers, in fact. My aunts, uncles, and cousins who never played games now knew about release dates for Wii titles; they loved the Wii!

Nintendo switched things up as a result of the breakaway success. The Nintendo branding began to play second fiddle to the Wii: 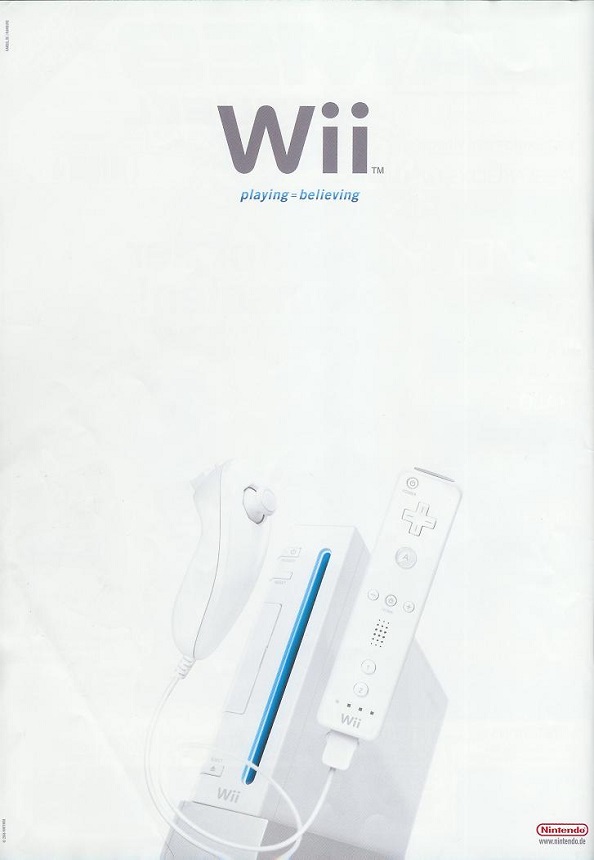 This transition came to a head with the Wii U.

Here is where we run into trouble. The seeds had been planted to view “Wii [Blank]” as an obvious accessory for the Wii.

Upon release, the Wii U looked like a $300 tablet made just for the Wii. I’m convinced that some of you are reading this and just now learning that the Wii U is actually an entirely new console.

Nintendo lacked even passable marketing on this front. By the end of the Wii’s lifespan, the Nintendo brand went from a supporting player in the advertising to vanishing completely: 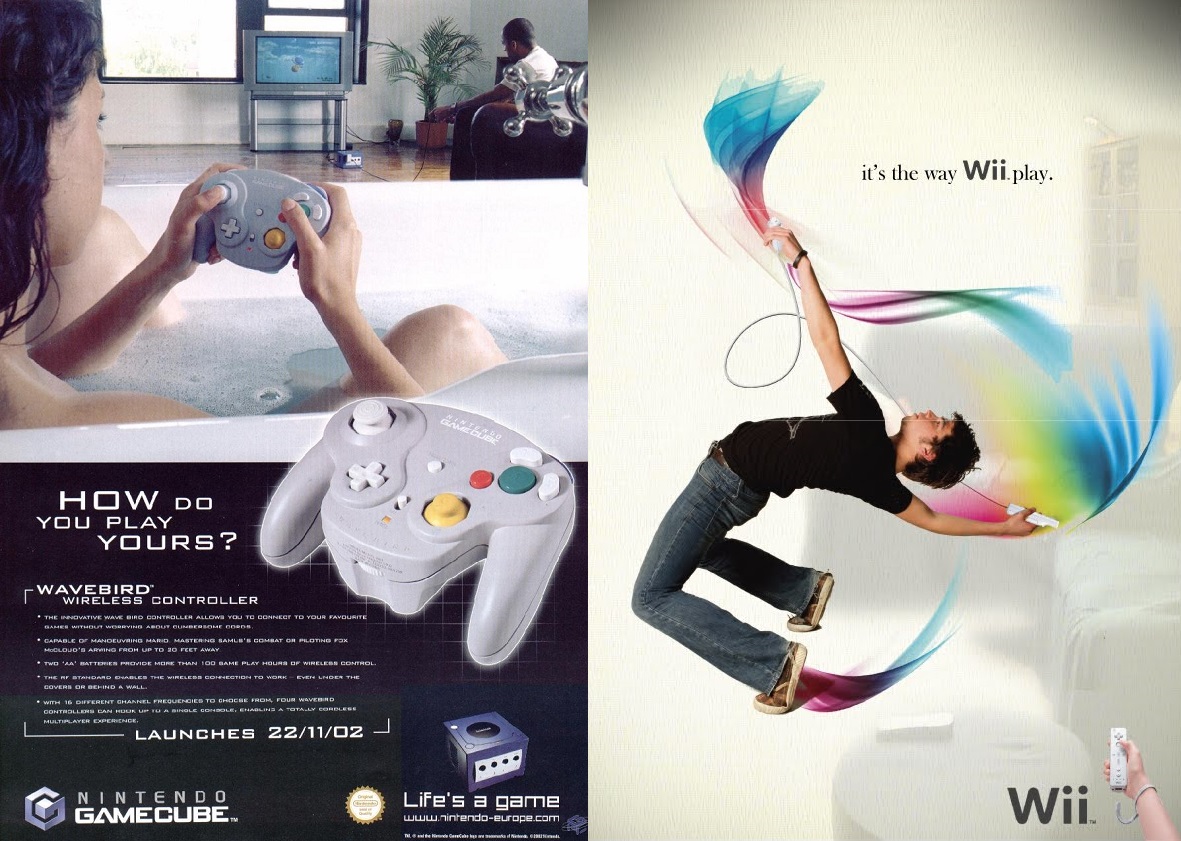 As a contrast, with the GameCube’s advertising the Nintendo name was always featured.

The Wii felt like its own thing, and it was made to feel that way. The success of the Wii caused Nintendo to make the assumption that people were invested enough to know that the Wii U was a brand new console.

Of course, the name wasn’t the sole culprit. Nintendo has been somewhat ambushed on the “casual gamer” front by mobile games. But communication is critical, and this misbelief that a clever name would work over a clear one poured fuel onto the fire.

Many people simply had no idea that the Wii U was a new console. They passed on buying it, because who wants a $300 tablet for a system that has worn out its welcome? The Wii was in “dust mode,” caused by too much shovel-ware and the novelty of motion controls fading away. Those who enjoyed the casual nature were now on their phones.

We essentially got the “Wii 2,” something Nintendo had never done before. Nintendo fans could figure this out, sure—they had been keeping tabs since the beginning.

But what about grandma and grandpa? What about people who made the Wii their first console? What about casual and otherwise non-gamers buying the console?

They were constantly seeing this: 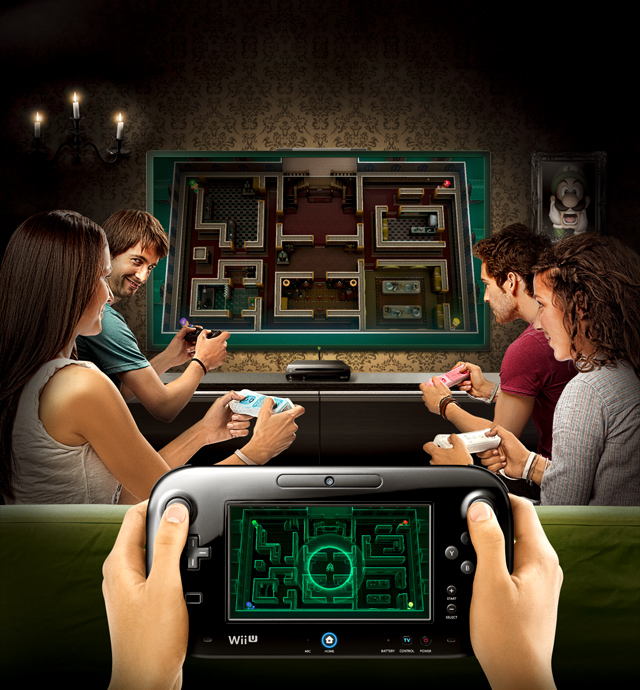 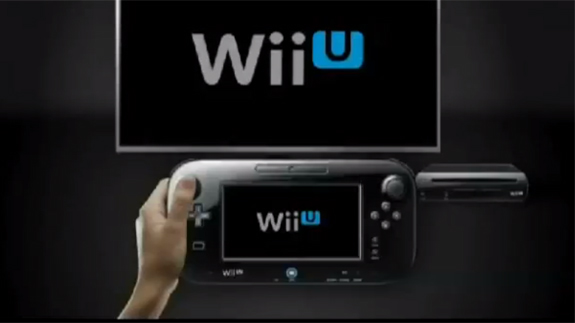 “What is this Wii U thing?”

The marketing and advertising placed heavy emphasis on the new controller. As mentioned in the Wired piece, even live presentations added to the chaos by hiding the console in favor of the flagship feature:

Nintendo wants to put the focus on its software and controllers.

It took this approach to the extreme when it introduced Wii U at the E3 show in 2011. On stage at its press conference, it did not show the actual console on the screen! On the show floor, it went to great lengths to keep people from even lookingat the box by putting the nondescript Wii U consoles into lockboxes that obscured almost everything.

If you didn’t know any better — and lots of people didn’t! — you’d think you were just looking at a new controller accessory for Wii. As compiled by Ben Kuchera at Polygon, people who didn’t know Wii U was a new machine included Jimmy Fallon, CNN and even some retail sales clerks as late as the fall of 2013.

A new console ends up looking just like the old Wii. And the naming was so similar to Wii peripherals that it was natural to assume that the Wii U was an iterative improvement, not a new system.

An accessory, not the next generation.

What we have here is a failure to communicate.

Being Clear vs. Being Clever

I don’t have the chops to tell someone with a fancy title like Global VP of Advertising what to do.

But I am a fan and longtime customer of Nintendo’s. I am a consumer, just like everyone else.

And from where I’m standing, Nintendo favored being clever over being clear. I’m sure they thought it was mighty crafty to separately brand a breakaway product like the Wii.

But it’s disappointing to see that so little thought had gone into the traditions of the company’s products, and how to correctly approach new branding — nevermind the fact that the Wii U took the brunt of this essay, we started off lampooning the DS. They made the same mistake multiple times!

Why didn’t we get the “Super 3DS?” Not only is it a throwback to the Super Nintendo, it clearly articulates that this is the more advanced version. I would have taken the “Super Wii” over the Wii U. A small tweak in language saves so many questions.

All something to consider when you approach communicating to customers. Assuming people have perfect information is always a misstep. When it comes to selling a product you crafted with care, you need to be crystal clear first. Then, and only then, may you be clever.

The 3DS, as far as I know, is still killing it. And the Wii U had other problems. You should not and cannot claim that clarity is always the lone gunman. I just think it’s a shame for anyone to miss out on a product due to botching something as simple—but as mission critical—as the name.

Hopefully they will come out okay and not make this mistake again.

Until then, can someone please call Nintendo a cab?